Many business owners get stuck in the hamster wheel of simply running their businesses day-to-day (working in the business) and hence never get to grow the company via strategic planning and deep work (working on the business).  The best business owners, however, put systems into place to escape this hamster wheel and to help their team members become more effective too.

It’s the one year anniversary of the podcast and for this episode of Mads Singers Management Podcast I welcome Ronnie Teja of Branzio Watches to discuss how he leveled up his and his team’s performance by implementing the Entrepreneurial Operating System and hence moved from working in his business to working on his business.

Ronnie Teja is a Canadian e-commerce entrepreneur who manages a portfolio of websites with the help of a remote team of 24 based in almost a dozen countries.  He recently implemented the Enterpreneurial Operating System (EOS) for his entire company, which essentially entailed getting the entire company on the same page regarding key principles and paperwork: 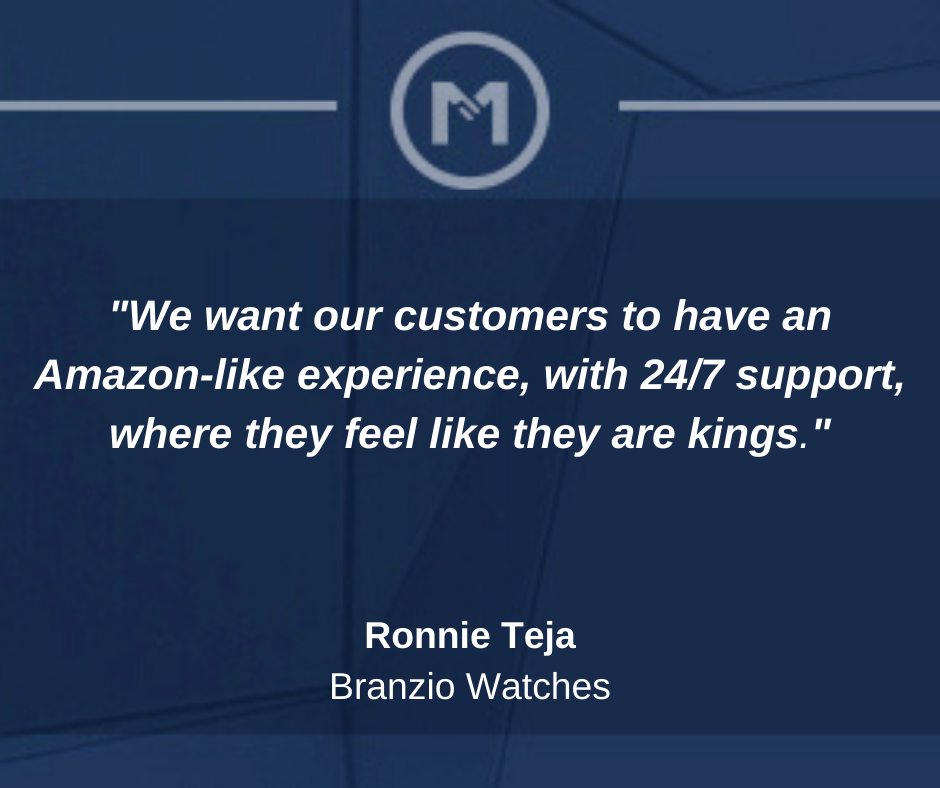 This was a challenging six month process, but results came in the first 30 days, as team members who were not on board with the new ways were let go and those who embraced them not only stayed but thrived and leveled up with new accountability and better delegation from Ronnie, creating a culture of improvement.  As the system was implemented Ronnie went from working 60-70 hours a week to 20-25 hours a week.  He realized how much he had made himself a single point of failure within the organization and these changes have made the business that much more valuable for any future acquirer.  Now when he uses his time to do things like write handwritten notes to customers or employees it makes a strong impact because he’s using his time to do the things only he can do.

Key Learning Points:
1. Ronnie and Mads discuss the timeline for implementing EOS - 4:11
2. Ronnie shares how the system led people to come forward about times they had failed to be accountable - 7:55
3. Ronnie realized that the Canadian team were not pulling their weight - 9:25
4. Mads warns about the dangers of implementing a system from the top without buy-in from everyone - 15:35
5. Ronnie describes his Bruce Lee approach to management - 17:16
6. Ronnie shares the things he’s been freed up to work on now - 23:20
7. Ronnie discusses the challenges ecommerce businesses face - 28:07
Resources Mentioned:
1. Entrepreneurial Operating System
Author: Gino Wickman
2. Traction
Author: Gino Wickman
3.  Get a Grip
Author: Gino Wickman and Mike Paton
Connect with Ronnie Teja:
1. LinkedIn