In essence, business is equivalent to generating revenue alongside with its all other essential components to succeed.

Damian Thompson, Founder and Chief Revenue Officer of Salesability joins me in today’s episode of Mads Singers Management Podcast to tell us how he redefines sales in this age and time.

Damian Thompson is the co-founder of the company called LeadFuze and, at the same time, the Founder and Chief Revenue Officer of Salesability, which helps start-up entrepreneurs and business owners scale-up their sales through team-driven sales techniques.

Damian’s journey started when he was selling software in the mid-90s and then worked for a company called Symantec and McAfee. He traveled around the globe to set up the sales team, which eventually led him to learn enterprise sales first.

As time went on and had his own business, his approach became specific and targeted. As a business owner himself, he emphasizes the relevance of hiring the right people for the right positions. 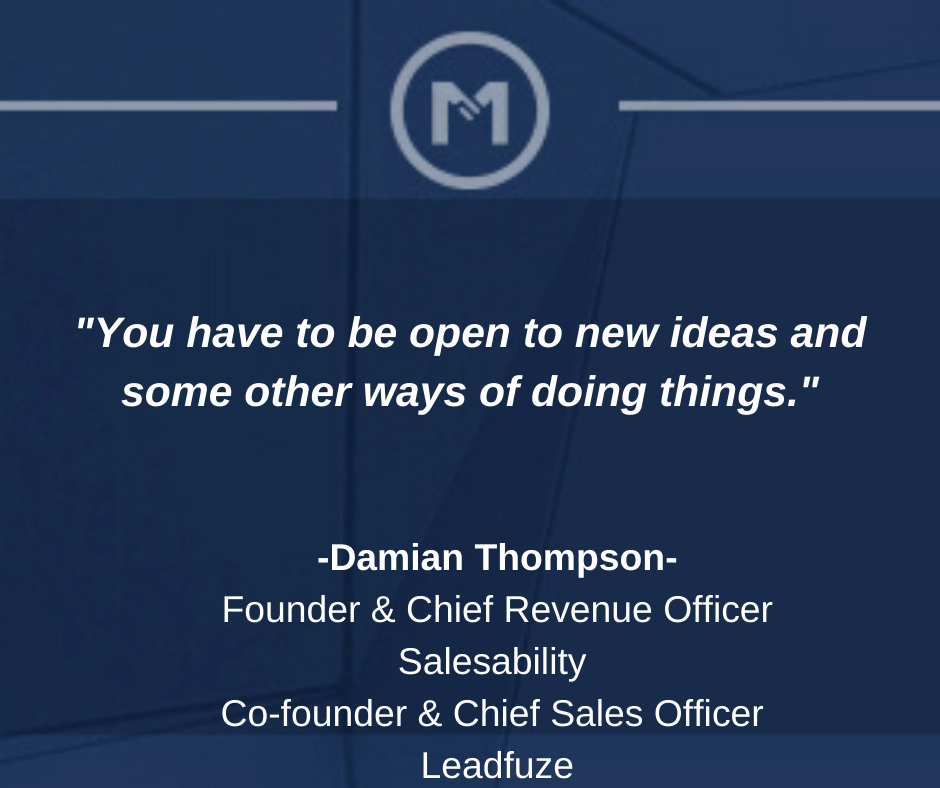 He knows the businesses he could help scale-up and the companies he couldn’t. With this, he acknowledges the fact that SALES itself is a process, and in one way or another, there are new and different ways of doing things.